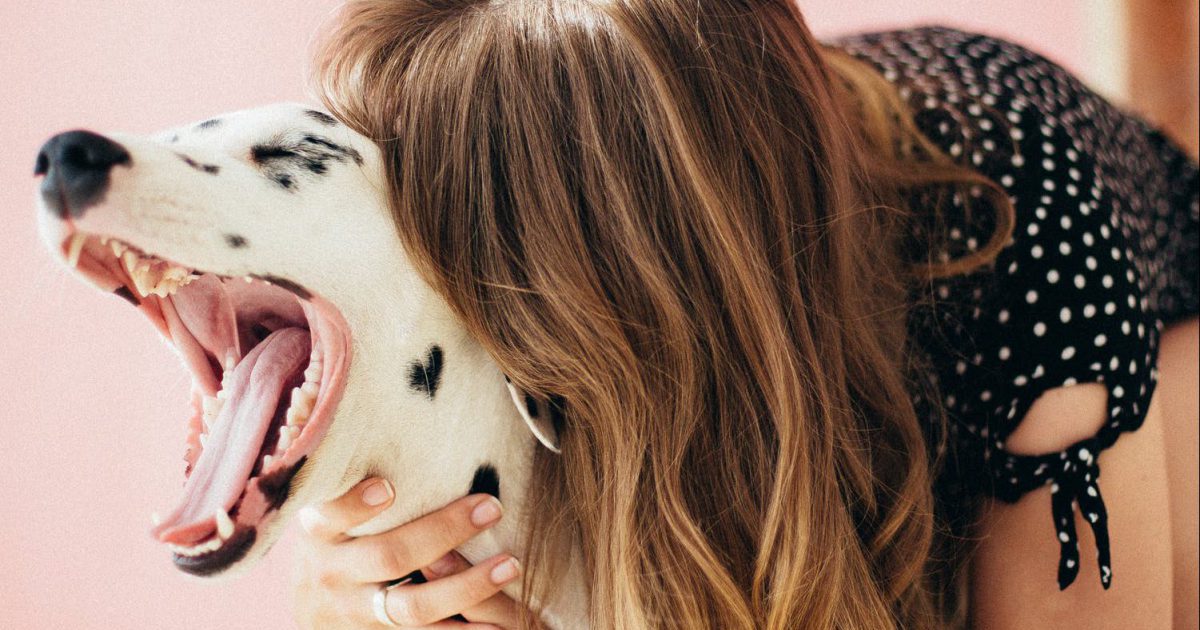 Properties can obviously charge pet fees and enforce rules regarding pets (including enforcing a no-pets rule). However, they typically can’t do the same for ESAs.

Those blurry lines have resulted in a tsunami of entitled residents fraudulently claiming the animal they original acquired as a traditional pet is now magically an ESA. They’ll often wave around a letter they purchased online to supposedly prove it.

Property managers are struggling to figure out how to deal with these claims and the problems that come with this new wave of uncontrolled animals on their properties.

“I’m not sure why people think having a support animal is a valid excuse to be a irresponsible pet owner.” (source)

“So I’m a PM who started at a new property last week and last Friday we had a dog s!%# in our pool…. Now she’s sent an email saying the dog is a service animal and she’s seen other dogs at the pool and no one else has gotten in trouble, so she shouldn’t have to and is gonna contact our corporate office. F#$% STUDENT HOUSING AND THESE SPOILED ENTITLED IDIOTS! (source)

“I have turned down at least 10 this year…. No one has pushed back on the declined ones, because they know they’re bulls#@%ing.” (source)

“She produced a doctor’s note stating that she needs multiple dogs, despite her not owning any of them for her emotional well-being. Really, she is trying to run a pet sitting business in our community.” (source)

“95% of the verifications we now receive are being obtained online! The most recent was signed by a licensed Life Coach & Yoga Instructor!” (source)

To be clear, there are many people who genuinely need and benefit from the great mental and emotional support that ESAs provide. There’s a reason the classification of “emotional support animals” exists, and we’d all rather that those who need them can feel comfortable having them. They’re not the problem. It’s the entitled residents who abuse the system who are the real issue.

However, some properties have found a surprising solution to the problem of fraudulent ESAs…and it’s not the solution you might guess.

Myth #1: Anyone can be an ESA owner

Many people assume that anyone who benefits emotionally from pets (i.e., almost every human being) qualifies to have an ESA.

However, in order to qualify for an emotional support animal in the US, the owner must have an actual emotional/mental disability, and it must be certified by a mental health professional (psychiatrist, psychologist, or other licensed mental health care provider).

This means that the owner must not only simply have a mental health impairment, but that it must be substantial enough to be considered a true disability (not just discomfort).

Myth #2: The owner having a mental/emotional disability qualifies their animal to be an ESA

In order to qualify as an ESA, the animal’s presence must actually provide a significant benefit that makes the difference between the person functioning adequately or not.

This means that someone with a mental or emotional disability can’t just claim their pet is an ESA unless that animal’s presence substantially helps the owner be able to function when they otherwise could not.

Myth #3: Anyone can write a valid ESA letter

In order to qualify to have an emotional support animal in a situation where pets might otherwise not be accommodated, owners must provide an “ESA Letter,” which is issued by a psychiatrist, physician, or another qualified mental health professional who is specifically and currently treating the owner for their disability.

This means that property managers aren’t required to accept those sketchy online letters from questionable sources (like a yoga instructor, life coach, or any of the countless online services who’ll send you a supposed ESA letter for a small fee).

After seeing how people have been abusing ESA status to gain special privileges for their traditional pets, many states have passed laws criminalizing the misrepresentation of service and assistance animals.

Furthermore, these statutes apply not just to the owners, but also to the parties claiming to certify them.

Myth #5: If someone has a legitimate ESA, nothing else can be done.

Having an ESA doesn’t give residents a free pass to do whatever they want.

It’s true that you can’t charge extra fees or deposits to disabled individuals who should be able to expect reasonable accommodation for their support animals. However, that doesn’t mean properties have to give up all their rights.

Here are some rights you still have:

You can ask for proof of medical need (e.g., an ESA letter from a doctor or therapist).

You can still charge a security deposit and seek money for damages if the animal causes damage to the home.

You don’t have to allow an ESA that compromises the safety of other residents.

You can attempt to remove the support animal through legal proceedings if it proves to be a nuisance to other residents.

You can restrict the possession of the ESA if the resident can’t properly care for the animal.

You can bring in local law enforcement or animal control to intervene if the resident is neglecting the ESA.

You may not need to comply with an ESA request if there are other more reasonable accommodations and the resident hasn’t provided proper documentation.

You can still enforce all other provisions of the lease, including requirements regarding maintaining the residence and property in a sanitary manner. You can evict someone (even if they have a disability) for failure to comply with legitimate rules that apply to all tenants.

Dealing with support animal requests without being a jerk

On the one hand, they obviously want to be sensitive, respectful, and accommodating regarding requests related to disabilities. Life’s hard enough when someone’s dealing with significant emotional or mental issues, and they definitely don’t need the hassle of a property manager getting involved in their treatment process (which can very legitimately involve emotional support animals).

In order to support such residents with dignity and fairness, there are a number of restrictions on how property managers can deal with the situation:

You can’t ask the person what their disability is

You can’t ask for medical documentation of any kind, either for the animal or the resident (except for an ESA letter).

You can’t ask for a special identification card or proof of special training.

On the other hand, though, property managers also find themselves increasingly bombarded by residents who are covertly—or sometimes even openly—trying to game the system by fraudulently reclassifying a traditional pet as an ESA to avoid fees, fines, restrictions, or rules.

And they do all this by wrapping it up as a sensitive health issue, so any attempt to confront them about it results in a no-win situation. As often as not, property managers simply give up and let the resident have their way because they can’t see a good way around it. Those who push back sometimes find themselves on the receiving end of a discrimination lawsuit, which nobody wants.

So what’s the solution? What’s the right way to deal with emotional support animals without allowing your property to be abused and exploited by fraudulent residents and potentially exposing yourself to legal action?

A revolutionary approach to dealing with pets, service animals, and emotional support animals

Some multifamily properties have taken an innovative approach to solving many of the issues associated with emotional support animals:

Instead of fighting it, they go pet-friendly!

These properties strive to deliver an environment that welcomes and accommodates traditional pets, service animals, and emotional support animals alike.

This pet-friendly approach takes away much of the hassle and risk (and awkward conversations) associated with emotional support animals. When the residents have no reason to try to cheat the system, the whole situation goes a lot easier.

Around 70% of renters own pets, so why try to build a system that makes that difficult for them? By embracing a pet-friendly lifestyle, many apartment properties are finding increased resident attraction and retention.

A few of the benefits of a pet-friendly approach:

Instant marketing boost from being listed as pet-friendly

While some residents may be turned off by the idea of a pet-friendly property, there are plenty of pet-owning residents to fill those potential vacancies.

So going pet-friendly across the property and embracing pets instead of heavily regulating them may be the right answer for many properties. If you haven’t already considered that approach, it might be worth talking to your developer or ownership to see if they’d be willing to consider the idea. Many properties are finding it a highly valuable and profitable transition. 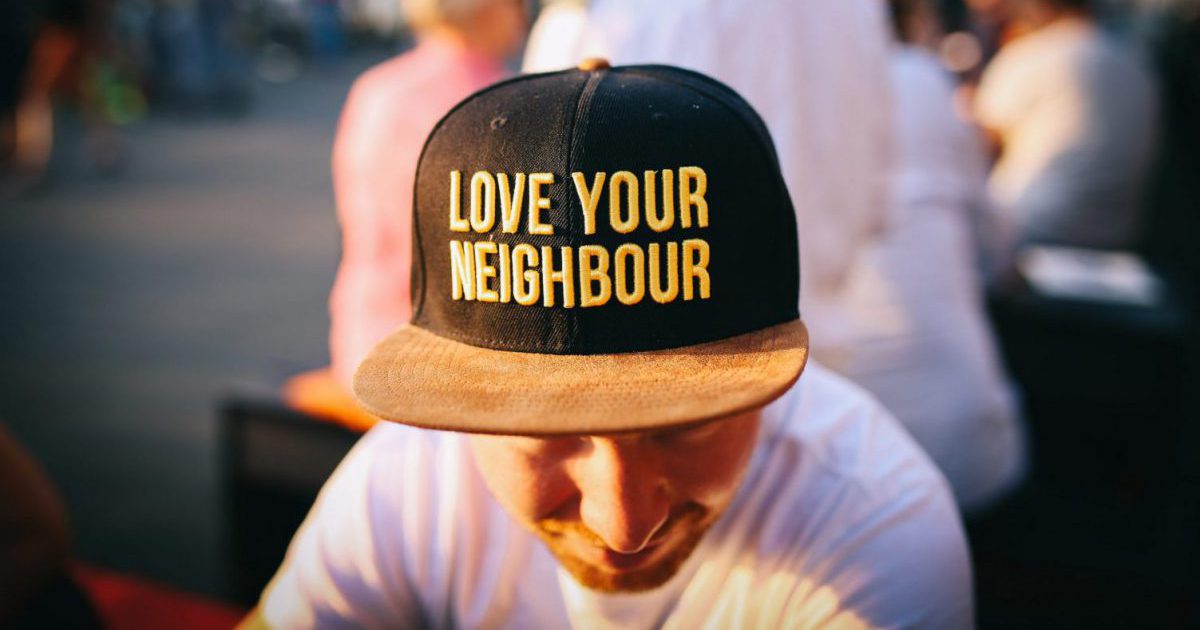 5 Things Your Downstairs Neighbor Wishes They Could Tell You 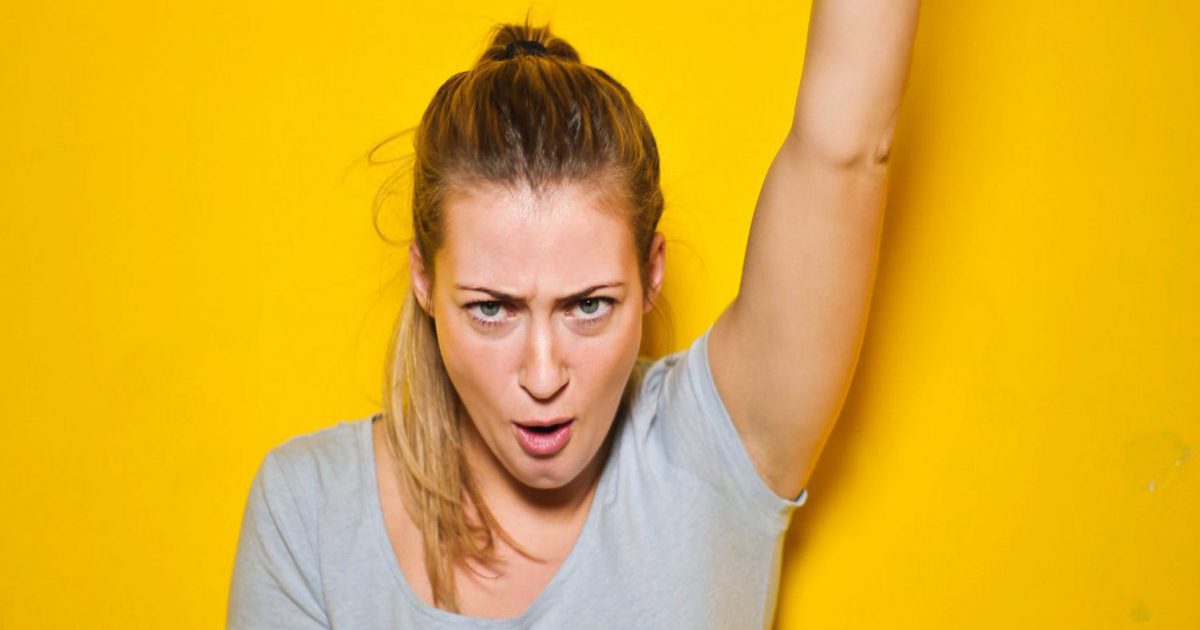 2020 Residents Are Drooling Over These New Amenities 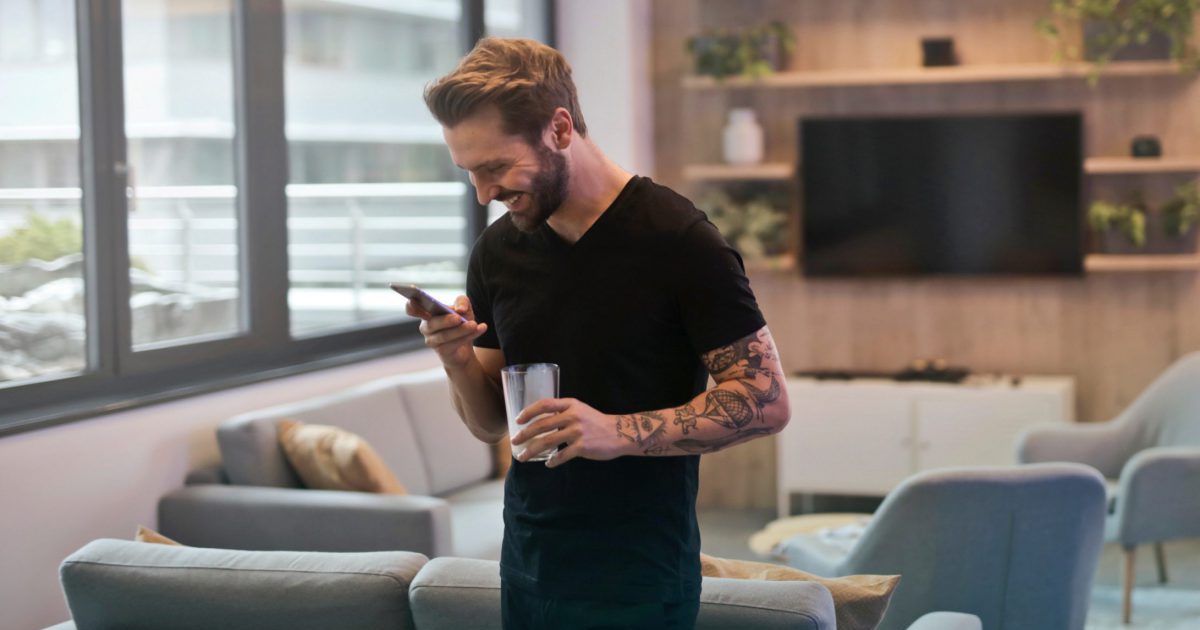 The Top Smart Apartment Solutions in 2020 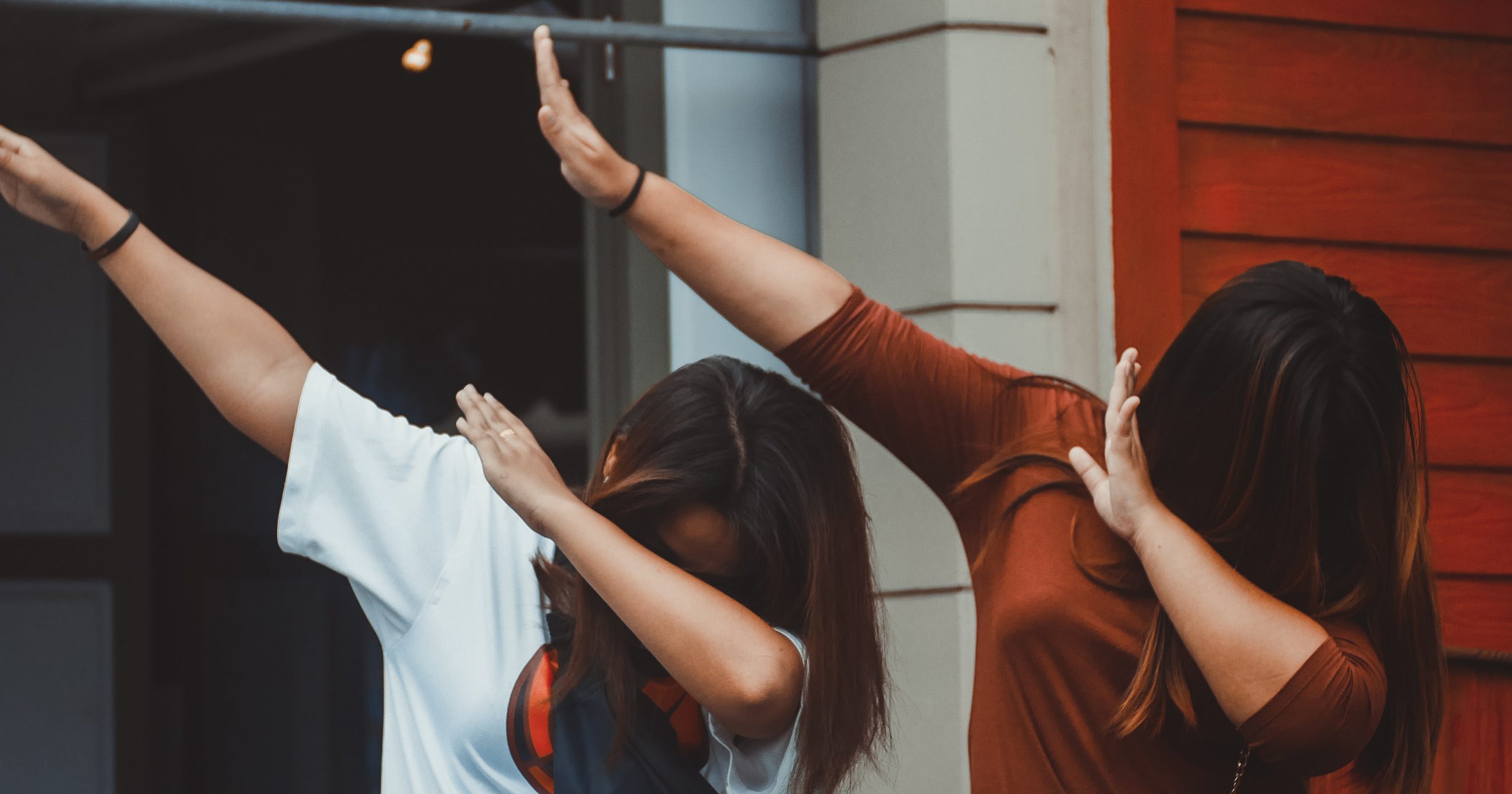 Where the College Kids At?

You don't have permission to register